The IEEE Biomedical Engineering Award was established in November 2010. Recipient selection is administered by the Technical Field Awards Council of the IEEE Awards Board.

Presented to: An individual, a team, or multiple recipients up to three in number

Scope: For outstanding contributions to the field of biomedical engineering

Prize: The award consists of a bronze medal, certificate, and cash honorarium.

Basis for judging: In the evaluation process, the following criteria are considered: impact on the profession and/or society; succession of significant technical or other contributions; leadership in accomplishing worthwhile goal(s); previous honors; other achievements as evidenced by publications, patents, or other evidence; and the quality of nomination.

Presentation: IEEE policy requires that its awards be presented at major IEEE events that are in keeping with the nature of the award and the cited achievement. 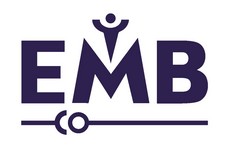 Follow and engage with IEEE on the following sites: