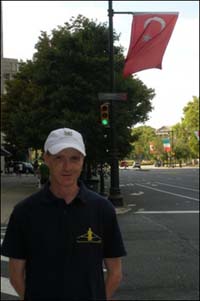 Robert Colburn joined the IEEE History Center in 1998. Prior to that, he worked in the Publications Department of the IEEE since 1985, and where he was the recipient of two Bright IdEEEas awards. At the History Center, Rob is responsible for handling reference cases, and administrative support, and is particularly interested in the history of code breaking electronics and in the human/machine interface. He is the author of The Marconi Century, a history of telecommunications from Marconi's time until the present (also published in Italian as Il Secolo di Marconi), The Lens of a Spy (true espionage), and The Sultan's Helmsman (a novel of the Ottoman Navy and Renaissance Italy).

A coxswain in high school and college, he still competes in regattas at the masters level, and volunteers his time as an assistant rowing coach, having won a bronze and two silver medals at the US Masters Nationals Regatta, and a gold medal at the Head of the Charles in 2001. In the summer of 2000, he was asked to fill in as a spare practice coxswain for the US National Team as it prepared for the Sydney Olympics. In 2006 and 2008, he was a member of the Turkish team (Fenerbahçe Spor Kulübü) competing at the Head of the Charles Regatta.