Related information
European Public Policy menu
The IEEE European Public Policy Committee is a committee of IEEE, responsible to the IEEE Board of Directors for the coordination of public policy activities relevant to the interests of IEEE members in European Union (EU) and European Free Trade Association (EFTA) countries, which are designed to benefit IEEE members, engineering professionals, and the general public. Read more about the full committee charter (DOCX, 26 KB). The full list of EPPC policy documents and other publications can be found here.

Dr. Beerten was the first winner of the ABB Research Award in Honor of Hubertus von Gruenberg in 2016 and received the KBVE/SRBE Robert Sinave Award and the Prix Paul Caseau from the Institut de France - EDF Foundation for his Ph.D. thesis on modeling and control of DC grids. Dr. Beerten is an active member of both the IEEE and CIGRE. He currently is the chair of the IEEE EPPI working group on energy.

Jorge is a Research Program Manager with Protocol Labs, a US-based, fully-distributed start-up building protocols, systems, and tools to improve the internet. He is currently based in Porto, Portugal. He holds B.Sc. and M.Sc. degrees in communication networks engineering, with training in computer science and electrical engineering. He completed a joint Ph.D. in robotics, control, and intelligent systems at École polytechnique fédérale de Lausanne (Lausanne, Switzerland) and in electrical engineering at Instituto Superior Técnico – Universidade de Lisboa (Lisbon, Portugal) on the basis of his research in distributed and underwater robotics.

His technical interests cover a wide range of topics, from software engineering and communication protocols to sensor networks and marine technology. While a researchers, he worked in multiple national and European research projects and published in several international conferences and journals. Following his doctoral studies, he served as a patent examiner with the European Patent Office (The Hague, The Netherlands), the second largest intergovernmental organisation in Europe, where he mainly worked in the fields of human-computer interaction and construction of computers.

Jorge started volunteering with IEEE as student branch chair in 2007, having since served in numerous roles at the section, region, MGA, and corporate levels.

Armando Walter Colombo (Fellow IEEE) joined the Department of Electrotechnical and Computer Sciences at the University of Applied Sciences Emden/Leer, Germany, became Full Professor in August 2010 and Director of the Institute for Industrial Informatics, Automation and Robotics (I2AR) in 2012. He worked from 2001 until 2018 as Manager for Collaborative Innovation Programs and also as Edison Level 2 Group Senior Expert at Schneider Electric Corp. Prof. Colombo received the B.Sc on Electronics Engineering from the National Technological University of Mendoza, Argentina, in 1990, the M.Sc on Control System Engineering from the National University of San Juan, Argentina, in 1994, and the Doctor degree in Engineering (Manufacturing Automation and Systematization) from the University of Erlangen-Nuremberg, Germany, in 1998.

Prof. Colombo has over 30 industrial patents and more than 300 per-review publications. With his contributions, he has performed scientific and technical seminal contributions that are nowadays being used as one of the bases of what is recognized as “The 4th Industrial Revolution”. He is currently Distinguished Lecturer of the IEEE Systems Council and Co-editor-in-Chief of the IEEE Open Access Journal of the Industrial Electronics Society (OJIES), as well as member of the IEEE Administrative Committee of the Industrial Electronics Society (IES). He is working as Expert in the KDT-JU ECSEL as well as in the REA of the European Union and EUREKA programs.

Prof. Colombo is listed in Who’s Who in the World/Engineering 99-00/01 and in Outstanding People of the XX Century (Bibliographic Centre Cambridge, UK)

Marko Delimar is an electrical engineer, educator and researcher. He holds B.Sc., M.Sc. and Ph.D. degrees in Electrical Engineering and a Diploma in Management.

He is a professor at the University of Zagreb Faculty of Electrical Engineering and Computing, where he has been with the Department of Energy and Power Systems since 1997. He is also a head-of-studies at the University of Zagreb Study Programme of Energy Efficiency and Renewable Energy Sources in Šibenik. His interests include electric power and energy systems, simulations and modelling, intelligent systems, and engineering education. His current research focuses on analysis and design of smart grid architectures and large-scale integration of renewable energy sources.

An IEEE volunteer since 1994, he previously served as IEEE Secretary and IEEE Region 8 Director and is known as a co-creator of IEEEXtreme. In 2019, he also serves as Director (Member of the Board) of the IEEE Foundation and member of the IEEE Election Oversight Committee. 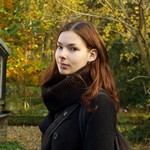 Flavia Dinca received both her B.Sc. and M.Sc. from the University of Southampton, UK. While during her bachelor degree she focused on the social impact of new technologies and policy, she changed interests during her master that she recently finished, and studied instead Internet technologies and web-based applications, concentrating on development and implications of web-based services, in addition to security. She joined IEEE during her bachelor, and has been an active volunteer in various teams ever since, working mainly with Young Professionals.

She received her Bachelor of Electrical Engineering in 1987 from Concordia University, Montreal and her executive M.B.A in “Management of Technology” in 2008 from University of Lausanne (EPFL), Switzerland.

Professor James is a biomedical engineer and neuroscientist, he works specifically in Neural Engineering where to date his work has concentrated on the development of advanced processing techniques applied to the analysis of the electromagnetic activity of the human brain, primarily in Brain-Computer Interfacing. He is also interested in monitoring behaviour through activity monitoring and has developed wrist-worn activity monitoring programmes using an off-the-shelf Smart Watch and has applied this work in the areas of mental health, active and healthy ageing and now in assistive and rehabilitative technologies. Prof James has published over 160 papers in varied biomedical engineering journals and refereed conferences. In 2013 Prof James was awarded the prestigious Sir Monty Finniston Achievement Medal by the IET, and in 2012 the IEEE MGA Award for his work with biomedical engineering students. He is founding editor-in-chief of the IET Healthcare Technology Letters Journal.

Stamatis Karnouskos (IEEE Fellow) is with SAP in Germany, dealing with emerging industrial technologies and enterprise systems. For over 25 years, Stamatis has led efforts in several European Commission and industry-funded projects related to Cyber-Physical Systems, the Internet of Things, industrial automation, smart grids, cloud-based services and architectures, software agents, security, and mobility. He has extensive experience in research and technology management within the industry. He has served on the technical advisory board of Internet Protocol for Smart Objects Alliance (IPSO) and the Permanent Stakeholder Group of the European Network and Information Security Agency (ENISA). Stamatis has co-authored/edited several books and papers related to emerging technologies and their implications.

David’s R&D career with HPE Aruba, including its 3Com acquisition, ranged from development of Ethernet adapter cards, the first stackable Ethernet repeaters, stackable Ethernet switches, as well as being the technical lead on ASIC development teams for stackable repeaters and switching chipsets. Throughout this time David has been a member of the IEEE 802.3 Ethernet Working Group, where he has held a number of leadership positions, including Chair of IEEE 802.3 since 2008 and Vice-Chair between 1996 and 2008 as well as IEEE Standards Association (IEEE SA) governance positions such as chair of the IEEE SA Review Committee (RevCom) from 2008 to 2012 and member of the IEEE SA Standards Board from 2005 to 2014.

She has published extensively in the design for test and reliability of integrated systems. Her research has been funded by government and industries, included Intel Corporation, STMicroelectronics, Alstom Transport, the EU, the Italian MISE and MIUR Ministries.

She received two Meritorious Service Awards and five Certificates of Appreciation from the IEEE CS. She is an IEEE Fellow, IEEE CS Golden Core Member, and member of the IEEE-HKN Honor society.

Ana works as a Senior Policy Advisor at the System Management Section of the German Transmission System Operator 50Hertz and is the Convener of the Steering Group Operational Framework under the ENTSO-E System Operations Committee. Since 2011 she has been actively involved in the development and implementation of the ENTSO-E Network Codes as well as in the design of regional processes for a secure operation of the European electricity system.

Ana is a Senior Member of IEEE. She has hold several leadership positions within the organization with special focus on Women in Engineering (WIE). She is currently Past-Chair of IEEE WIE in Region 8 (EMEA) and Member of the IEEE MGA WIE Committee and of the IEEE Region 8 Awards & Recognitions Committee.

Ana received her degree in Electrical Engineering from the Comillas University-ICAI (Madrid, Spain) in 2010. In her diploma thesis, she analyzed the competitiveness indicators in the Iberian Electricity Market while doing at the same time an internship in the Energy Management Direction of Iberdrola.

Constantine (Costas) Vournas is Professor Emeritus in the School of Electrical and Computer Engineering of National Technical University of Athens, Greece. He has published close to 200 papers in International Journals and Conferences and has co-authored the book “Voltage Stability of Electric Power Systems”. His research interests are in the area of power system dynamics, stability, and control and include voltage stability and security analysis, wind generator integration in power systems, novel control applications in the distribution and transmission grid, as well as the effect of deregulation on power system operation and control. He is Fellow of IEEE since 2005, Life Fellow since 2019, member of CIGRE, Editor of Electric Power System Research International Journal. He was the recipient of the IEEE/PES Prabha Kundur Award for 2019. He was Chair of the IEEE/PES Power Tech Steering Committee (2007-2019), Region 8 Representative on the IEEE Power and Energy Society (PES) Governing Board (2011-2014), and is the immediate Past Chair of the IEEE/PES Power Systems Dynamic Performance Committee. Since 2021 he is Chair of the Energy WG of the IEEE European Public Policy Committee (EPPC). .

Stefano received a Ph.D. in Computer Engineering from Politecnico di Milano, where he is currently an associate professor. His research focuses on mobile malware, malware analysis, and cybersecurity. He has extensive speaking and training experience in Italy and abroad. He has co-authored over 60 scientific papers and books. He is a Senior Member of the IEEE, the IEEE Computer Society (for which he is a member of the Board of Governors), and a lifetime senior member of the ACM. Stefano co-founded the Italian chapter of ISSA (Information System Security Association). He has been named a Fellow of ISSA and sits on its International Board of Directors. Stefano is also a co-founder and chairman of Secure Network, a leading information security consulting firm based in Milan and in London, and a co-founder of 18Months, a cloud-based ticketing solutions provider, and recently co-founded a stealth-mode startup in the FinTech sector.

If you have any questions and/or comments, please write to​ eppc@ieee.org:

To stay updated on IEEE public policy activities and engagement opportunities in Europe, please sign up to the quarterly e-newsletter.

Organizations in which IEEE is a member