The need for engineering capacity is widely recognized across the African continent. Many African countries have produced development plans that identify goals and strategies to this end. IEEE, through its Board of Directors–endorsed IEEE in Africa Strategy, recognizes the opportunity to assist in cultivating greater engineering capacity to advance technology and innovation. The IEEE in Africa Strategy has identified five focus countries (Ghana, Kenya, Rwanda, Uganda, and Zambia) under three broad goals for expanded IEEE engagement:

With almost 6,000 IEEE members and 15 IEEE Sections and sub-Sections across the 54 countries of Africa, IEEE is poised to deliver on these goals to enhance capacity on the continent.

The new Africa Council was approved by the MGA Board in June 2018, and it will be a major step toward the long-term stability and sustainability of IEEE’s support of African engineers. The Council includes all African Sections and Sub Sections that wish to participate, and will ultimately become the focus for much of IEEE’s engagement on the continent. The transition is currently underway.

During the current year, the Committee hopes to shift most of its work on community building to the Council. The first meeting of the Africa Council was hosted by the Tunisia Section in conjunction with the Section’s 10th anniversary (see link below). The following people were proposed and nominated to serve on the council: Gloria Chukwudebe, Council Chair; Habib Kammoun, Council Secretary; Shaun Kaplan, Council Treasurer; and Raphael Onoshakpor, Chair Council Committee Member responsible for elections. These are interim positions, and an election will be held following the council’s next meeting, scheduled to take place at the October Region 8 meeting in Valencia, Spain.

IEEE has an agreement to work with the Smart Africa Alliance, an intergovernmental organization led by the Heads of State of 24 African countries working together to create a “Single African Digital Market.” At Transform Africa 2019, IEEE hosted the private Summit luncheon for the heads of state and regulators and ministers, in conjunction with NEPAD (New Partnership for Africa’s Development), the economic development program of the Africa Union. The outcome of the meeting allows IEEE and NEPAD to provide value as partners to the meet the needs of the SAA’s in the space of public policy and other areas identified by the SAA members.

Workshop on Entrepreneurship for Scientists and Engineers

An intensive, one-week “Workshop on Entrepreneurship for Scientists and Engineers” (a boot camp) in Kigali, Rwanda, to support technologists in Uganda and Rwanda who want to start companies. Sixty aspiring entrepreneurs were accepted into the Workshop from 144 applicants. Similar workshops had previously been sponsored in Ghana and Kenya.

Watch the videos below to hear feedback from some of the participants and speakers.

Eric Nizeyimana, Participant at the IEEE-EAIFR-ICTP Workshop in Kigali, Rwanda 2018

Ebinezer Mugisha, Participant at the IEEE-EAIFR-ICTP Workshop in Kigali, Rwanda 2018

Lilian Nabuleje, Participant at the IEEE-EAIFR-ICTP Workshop in Kigali, Rwanda 2018

Theophile Tuyishimire, Participant at the IEEE-EAIFR-ICTP Workshop in Kigali, Rwanda 2018

The IEEE Ad Hoc Committee on Africa (AHCA) is responsible to the IEEE Board of Directors for carrying out the three-year Strategy for IEEE Assistance in Building Engineering Capacity in Under-Served African Countries, adopted by the Board in November 2016, and commonly known as the IEEE in Africa Strategy. 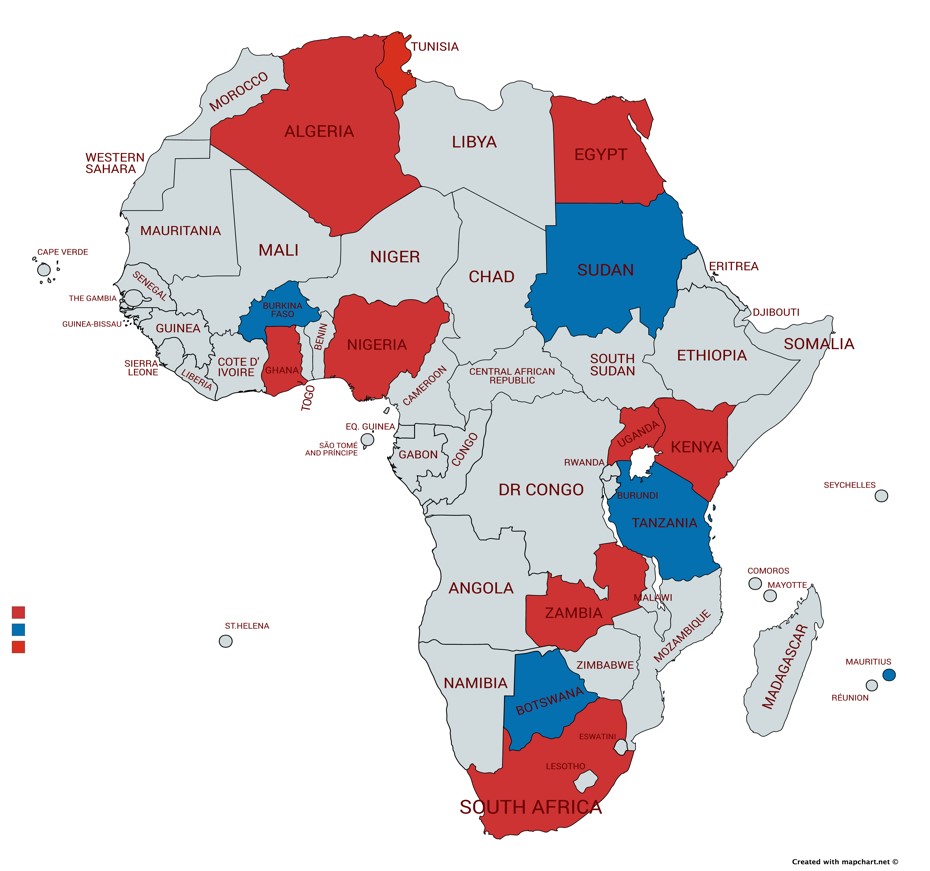 IEEE has 15 IEEE Sections and sub-Sections across the 54 countries of Africa. Contact them directly to get involved in their activities.