IEEE, an organization dedicated to advancing innovation and technological excellence for the benefit of humanity, is the world's largest technical professional society. It is designed to serve professionals involved in all aspects of the electrical, electronic, and computing fields and related areas of science and technology that underlie modern civilization.

IEEE's roots go back to 1884 when electricity began to become a major influence in society. There was one major established electrical industry, the telegraph, which since the 1840s had come to connect the world with a data communications system faster than the speed of transportation. The telephone and electric power and light industries had just gotten underway.

IEEE, pronounced "Eye-triple-E," stands for the Institute of Electrical and Electronics Engineers. The organization is chartered under this name and it is the full legal name.

However, as the world's largest technical professional organization, IEEE's membership has long been composed of engineers, scientists, and allied professionals. These include computer scientists, software developers, information technology professionals, physicists, medical doctors, and many others in addition to IEEE's electrical and electronics engineering core. For this reason the organization no longer goes by the full name, except on legal business documents, and is referred to simply as IEEE.

Foundation of the AIEE

In the spring of 1884, a small group of individuals in the electrical professions met in New York, USA. They formed a new organization to support professionals in their nascent field and to aid them in their efforts to apply innovation for the betterment of humanity—the American Institute of Electrical Engineers, or AIEE for short. That October, the AIEE held its first technical meeting in Philadelphia, PA, USA. Many early leaders, such as founding President Norvin Green of Western Union, came from telegraphy.

Others, such as Thomas Edison, came from power, while Alexander Graham Bell represented the telephone industry. Electric power spread rapidly, enhanced by innovations such as AC induction motors, long-distance AC transmission, and larger power plants. Companies such as AEG, General Electric, Siemens & Halske, and Westinghouse underwrote its commercialization. The AIEE became increasingly focused on electrical power and its ability to change people’s lives through the unprecedented products and services it could deliver. There was a secondary focus on wired communication, both the telegraph and the telephone. Through technical meetings, publications, and promotion of standards, the AIEE led the growth of the electrical engineering profession, while through local sections and Student Branches, it brought its benefits to engineers in widespread places.

Foundation of the IRE

A new industry arose, beginning with Guglielmo Marconi’s wireless telegraphy experiments in 1895-1896. What was originally called “wireless” telegraphy became radio with the electrical amplification possibilities inherent in the vacuum tubes that evolved from John Fleming’s diode and Lee de Forest’s triode. With the new industry came a new society in 1912, the Institute of Radio Engineers.

The IRE was modeled on the AIEE but was devoted to radio, and then broadly to electronics. It also furthered its profession by linking members through publications, standards, and conferences and encouraging them to organize local sections and meetings to exchange information and ideas.

The societies converge and merge

Through the help of leadership from the two societies, and with the applications of its members' innovations to industry, electricity wove its way more deeply into every corner of life, through television, radar, transistors, and computers. Increasingly, the interests of the societies overlapped.

Membership in both societies grew, but beginning in the 1940s, the IRE grew faster and in 1957 became the larger group. On 1 January 1963, the AIEE and the IRE merged to form the Institute of Electrical and Electronics Engineers, or IEEE. At its formation, IEEE had 150,000 members, 140,000 of whom resided in the United States.

Over the decades that followed, the social roles of the technologies under IEEE’s aegis continued to spread across the world and reach into more and more areas of people's lives. The professional groups and technical boards of the predecessor institutions evolved into IEEE Societies. By the early 21st century, IEEE served its members and their interests with 39 Societies; 130 journals, transactions, and magazines; more than 300 conferences annually; and 900 active standards.

Since that time, computers evolved from massive mainframes to desktop appliances to portable devices, linked to global networks connected by copper wire, microwaves, satellites, or fiber optics. IEEE’s fields of interest expanded well beyond electrical and electronics engineering and computing into areas such as micro- and nanotechnologies, ultrasonics, bioengineering, robotics, electronic materials, and many others. Electronics became ubiquitous, integrated in everything from jet cockpits to industrial robots to medical imaging.

As technologies and the industries that developed them increasingly transcended national boundaries, IEEE has kept pace. It is now a global institution that uses the innovations of the practitioners it represents to enhance IEEE’s excellence in delivering products and services to members, industries, and the public at large. Publications and educational programs are delivered online, as are member services such as renewal and elections. By 2020, IEEE comprised over 395,000 members in 160 countries. Through its global network of geographical units, publications, web services, and conferences, IEEE remains the world's largest technical professional organization.

top of page
IEEE History Center
Learn the history of IEEE and its fields of interest by exploring a vast collection of historical articles, milestones, and other educational materials at the IEEE History Center.
The IEEE App 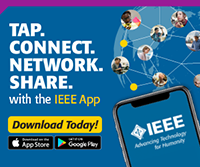